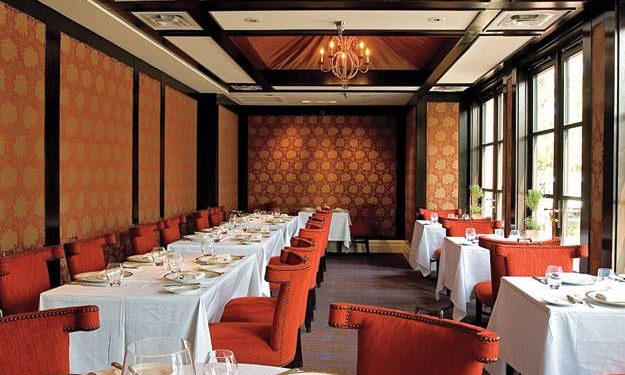 Several people had been confused as to why Gordon Ramsay might feel pressed to open a gargantuan, Japanese-ish restaurant, his first task of this genre, and location it in Mayfair, the most prohibitively luxurious place of London. Yet, of a Friday night in July, soon after Lucky Cat’s many dozen welcoming Maneki-Neko pussycats began waggling their paws on the walls, I scanned his new venture’s heaving room and notion, “Ah, yes, this all makes the perfect experience.” 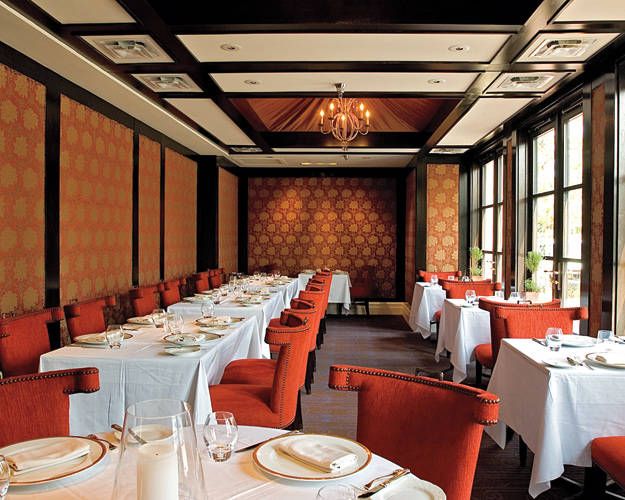 My teensy plate of prawn toast had just arrived: 4 round, 50p-sized lumps of prawn toast laced with sesame kimchi for 8 quid. A white geisha – vodka, sake syrup, yuzu – arrives with its frothy egg white embossed alternatively eerily with an ornate, electric-blue geisha’s face as a way to no longer dissolve irrespective of how difficult one slurps. Around me, a buoyant crowd – a mixture of moneyed visitor couples, commercial enterprise dinners, and unique-occasion parties – are flinging cash hand over fist at unmarried duck legs caked in bonito and served with a bao bun (that’s northern Chinese).
Ramsay’s name is still as tantalizing because it was, as an example, in 2004, when he was accomplishing height shouty-man and screaming into Edwina Currie’s face on ITV. In truth, no – Ramsay is an exclusive degree of magnetic now. He is a Wolfgang Puck in Las Vegas draw, in that diners who may devour out best as soon as a year, possibly on vacation, will stumble inside in a zombie-like fugue, pointed there by way of the hotel concierge, towards a name they’ve visible at the small screen television, before being cajoled into spending , three, perhaps four hundred kilos on enamel-chatteringly sweet saikyo miso black cod and bowls of unremarkable steamed rice.

Ramsay changed into now not at the stoves in the large open kitchen, close to an expansion of open-plan “non-public dining” regions that aren’t remotely private. Neither is his call or image everywhere. In many approaches, though, his work was already done: Ramsay’s big-name strength guaranteed the form of pre-buzz required to finance a hulking, appropriate, sexily lit, mock-1930s Tokyo ingesting club with marble-trimmed bars, bronze-flecked bamboo paneling and jewel-container tiled flooring.
And did I point out the cats? The waving cats? Always waving. Waving good-bye to Friday night time as you order a 16-quid negroni and peruse the incredibly small, double-sided cardboard, pan-Asian menu. Waving good-bye to subsequent month’s loan payment as you be aware that the duck leg – albeit delicious, sticky, crunchy, fatty and served with cucumber and a half-decent pillowy bao – is £27.

At those costs, everything must be exquisite, which is very much isn’t always. Service is chaotic. There is the extra body of workers on the ground, swaying and mouthing nonsense, then at the last wide variety of Live Aid in 1985. Dishes you didn’t order appear at the table, and while you call the server back for greater information, they’re both as confused as you are, or make up every other name for them.

Four slices of bland, flabby “smoked short rib” flip-up with a few daikons, yuzu pickle and chili oil for £17. “Um, excuse me. We can’t exercise session what that is,” I say. “It’s the pastrami … I think,” says a waiter, taking walks away. Monkfish cheek katsu with a dipping bowl of wasabi and seaweed “emulsion” is fiercely fishy and semi-inedible, like overcooked pub scampi, and an extended plate of tuna tataki comes swimming in wakame oil and house soy.
This isn’t even the best kind-of-Japanese food being served inside a mile radius: there are extra delicious matters rolling across the conveyer belt on the Yo Sushi! On nearby Woodstock Street, but then, if you’d asked the 12-sturdy table of delightfully dressed-up girls – mini frocks, moisturized legs, masses of hair – who have been out celebrating their pal’s 21st whether or not they’d alternatively be in a series eating place with riff-raff or having the time of their life at the recent, new Gordon Ramsay region, they’d no doubt look at you as in case you have been daft.
Pudding is a pineappley spin on rum baba, known as a “yum baba” (cough) and served with coconut-based cream. It feels microwaved: chewy and hot in some locations, in others not.
By this factor, I felt I’d given matters an honestly correct shot, but a weird experience of buyer’s regret continually sweeps over me throughout dinners along with this, especially as you can see the bill mount up. Also, Lucky Cat doesn’t need me. My emotions will make no difference to its target market. Ten sparkling planeloads of enterprise-class passengers may have touched down at Heathrow at the same time as you’ve been analyzing this. They are all feeling fortunate about dinner this night. And they’ll be greeted with a big wave.
• Lucky Cat 10 Grosvenor Square, London W1, 020-7107 0000. Open all week, lunch noon-2.45pm, dinner 5.30-10.45pm. From approximately £60 a head à Los Angeles carte, set lunch £36 for 3 publications, chef’s menu £65 or £80; all plus drinks and carrier.